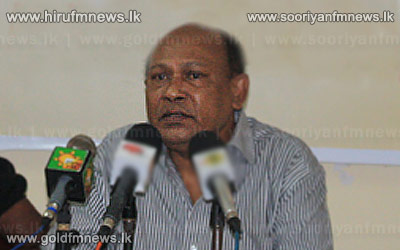 Protests were held today too against the humiliation of a female teacher by forcing her to kneel down at several places in the island.

Views were expressed in this regard at several media briefings in Colombo today. During a press conference organized by the Movement for unity by sharing Power, United Socialist Party Leader Siritunga Jayasuriya had this to say.

However SLFP General Secretary MP Maithreepala Sirisena during a media briefing expressed his views on the disciplinary actions taken against the respective PC member.