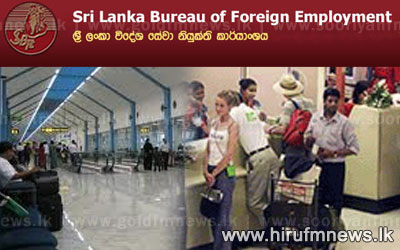 The Foreign Employment Bureau stated that it would make compulsory for female workers to submit a report on the family background before they leave for overseas jobs.

This new regulation will come into effect from July 15. Bureau Media Spokesman and Deputy General Manager Mangala Randeniya said the circular in this respect will be issued within the next few days.

Social Organizations and various other parties had expressed their views and proposals about the aftermath on the society when a female worker goes abroad.

The decision was taken after studying these proposals in order to minimize the sufferings to the dependents of such female workers.

Randeniya said that the authorities will specially scrutinize whether the female worker is a mother and if so, whether she can put her children in safe hands during her absence.