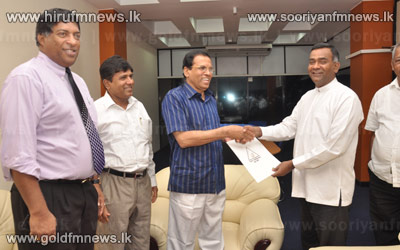 The draft constitution prepared by the United National Party was presented to the Sri Lanka Freedom Party today.

UNP parliamentarian President’s Counsel Wijayadasa Rajapakse spoke to our news team and expressed the following views after the draft constitution was presented to the SLFP.

Expressing his views following the presentation of the draft constitution, General Secretary of the SLFP Minister Maithreepala Sirisena stated that it will be given the party central working committee for further study in the near future.

Minister Sirisena also stated that the opinion of the SLFP will be presented after the working committee had studied the draft constitution.