Gold prices gone up by 5000 rupees with the new tax. 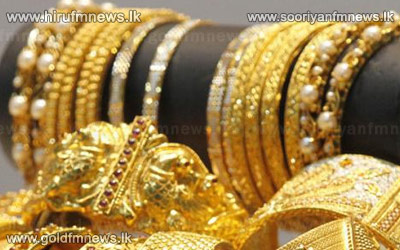 The Gem and Jewelry Authority announced today that the gold prices have gone up between 4 to 5 thousand Rupees in the local market as the government imposed a 10 percent import tax on gold with effect from last night.

According to the Central Bank reports, Sri Lanka imported 150 million US dollars worth of gold in the first four months of this year against about 100 million worth of gold imported during the year 2012.