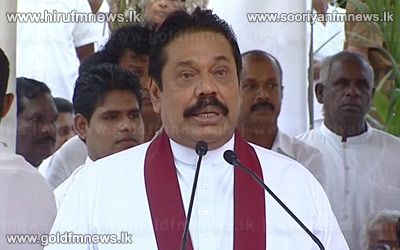 President Mahinda Rajapakse states that the government is greatly dedicated to safeguarding Buddhism.

President Rajapakse made this statement while taking part in the ceremony to declare open the Buddha statue at the Arawwala Siri Wijayasiriwardanarama temple yesterday.

Speaking further President Mahinda Rajapakse also stated that everyone should dedicate themselves to building a just society by safeguarding places of worship.