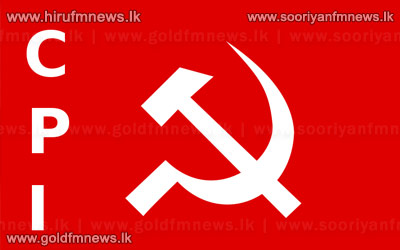 The Communist Party of India has urged India to play a proactive diplomatic role in discharging its commitment for a future for the Sri Lankan Tamil community marked by equality, justice and self-respect as committed in the 13th Amendment.

In a letter to Prime Minister Manmohan Singh, Leader of the CPI in the Rajya Sabha Sitaram Yechury said the 13th Amendment was the consequence of the historic

Rajiv-Jayawardene Accord and India was expected to play a role in the implementation of the provisions of the accord, while strengthening the best of relations between the two countries.

It was noted that the proposed changes raised doubts about the commitments made by Sri Lanka to India and the international community, including the United Nations, on a political settlement in Sri Lanka that would go beyond the 13th Amendment.

The changes would also be incompatible with the recommendation of the Lessons Learnt and Reconciliation Commission set up by the Sri Lanka government, calling for a political settlement based on the devolution of power to the province.

The Communist Party of India remains deeply concerned regarding the welfare and of the Tamil community in Sri Lanka.