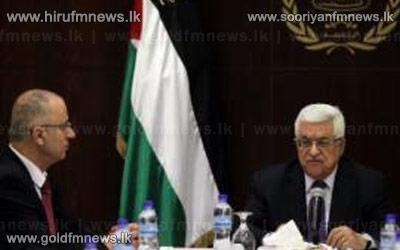 Palestinian President Mahmoud Abbas has accepted the resignation of Prime Minister Rami Hamdallah, who has been in office less than a month.

He offered his resignation on Thursday because of a "conflict over authority" within his cabinet, government sources said, but withdrew it the next day.

An academic and political independent, Hamdallah was sworn in on 6th June.

He replaced Salam Fayyad, who stepped down following a long-running dispute with Abbas.