Sri Lanka should not be made another Pakistan; Indian Union Minister 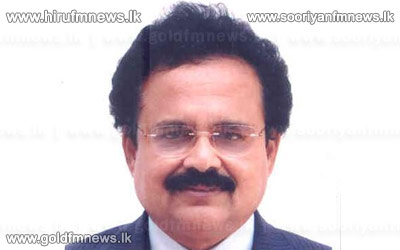 India’s Union Minister for State Commerce and Industry E.M. Sudarsana Natchiappan has said that any decision against Sri Lanka should be made after considering the far-reaching consequences on the strategic relationship between the two countries and the interests of the Sri Lankan Tamils.

Natchiappan states that while he appreciates the feelings of those who had organized demonstrations against providing training to Sri Lankan Army officials, India should not forget that Sri Lanka has the option of approaching China if India turned its back.

Moreover Natchiappan speaking to the Hindu has said that India already had problems along its borders it shared with Pakistan and could not afford to create a situation which would disturb peace along the Palk Straits.

It is Natchiappan’s view that any decision against the Sri Lankan government would have a direct bearing on the Tamils in Sri Lanka and Tamil refugees living in India.

He has also argued that war conditions in Sri Lanka had an adverse impact in the past on the growth of industry in the Southern districts of Tamil Nadu despite existence of adequate infrastructure.