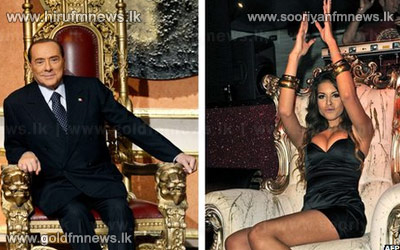 An Italian court sentenced Silvio Berlusconi to seven years in jail and banned the former premier from public office after convicting him of paying for sex with an underage prostitute and abuse of power.

The judges handed down a sentence that went beyond the request of prosecutors, who had called for the 76-year-old billionaire to serve six years.

A small group of protesters cheered and applauded outside the courtroom, and sang the national anthem.

Berlusconi's age also means he is unlikely to ever see the inside of a prison cell because of lenient sentencing guidelines in Italy for people over the age of 70.