Vass Gunawardana further remanded till the 9th of next month; His wife also ordered to appear in courts 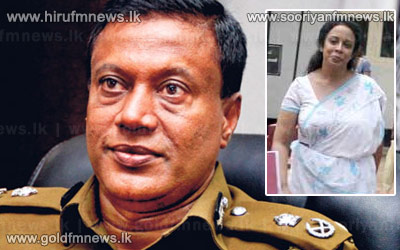 Former DIG Vass Gunawardana who arrested and remanded in connection with the abduction and killing of businessman from Bambalapitiya Mohamad Siyam was further remanded today until 9th of next month.

The CID informed the court that Vass Gunawardana’s wife Shyamalee Gunawardana Perera has intimidated and threatened the witnesses in the case.

Accordingly, Colombo Additional Magistrate A.M. Sahabdeen ordered Shyamalee Gunawardana Perera to appear in court on the 9th of next month.

Former DIG Vass Gunawardana was brought to court under special guard provided by the prison officials.

The CID progress report stated that a few blood scars were found in the vehicle which had been used by the suspects to commit the crime.

The report also stated that the blood scars were sent to the Government Analyst for DNA tests.