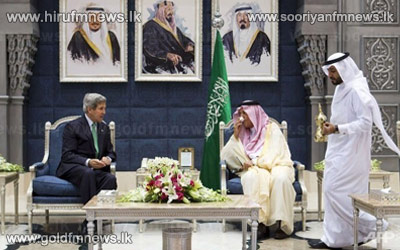 In the Syrian capital the army pressed a major assault to crush rebels around the capital.

The Syrian Observatory for Human Rights said And in the contested city of Aleppo in the country's north, rebels attempted to advance into western regime-held districts, sparking clashes with government forces.

Kerry met leaders of the Sunni Arab monarchy as part of a regional tour in which he has called for greater support for Syria's rebels but stressed that Washington ultimately wants a political solution that includes all sides.