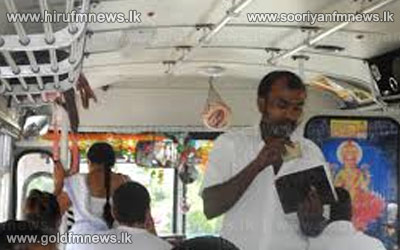 A decisive discussion about the national bus fare policy is scheduled to be held today between bus owners and the Private Transport Ministry.

A discussion was held between bus unions, companies, and transport authorities on 24th instant.

At that discussion bus unions and firms had asked for two days for making a bus unions’ opinion survey on bus fare increase.

The All Island Private Bus Union Federation did not participate in the discussion held on 24th.

However Sri Lanka Bus Owners’ Union Chairman Gemunu Wijeratne said that if the discussions held today at the Private Transport Ministry prove unsuccessful, transportation would be stopped or steps taken for legal action.