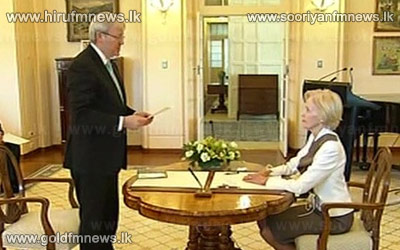 Kevin Rudd has been sworn in as prime minister of Australia, a day after he ousted Julia Gillard as leader of the Labor Party.

She immediately stepped down as PM, saying she would leave politics.

The change comes ahead of a general election, which polls suggest Labor is set to lose.

Opposition leader Tony Abbott called on Rudd to name an election date sooner than 14th September - the day which had been set by Gillard.