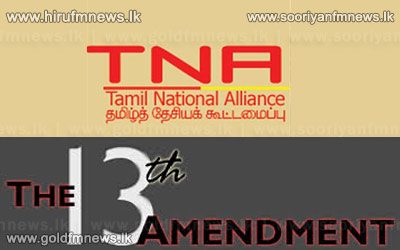 Leader of the Mahajana Eksath Peramuna, Minister, Dinesh Gunawardana said that the Provincial Councils have not contributed substantially towards the development projects launched by the government.

The Minister also pointed out that the free education and the free health service have been deteriorated under the Provincial Council system.

Meanwhile a few political parties and some government ministers who back the 13th Amendment have started talks with the TNA.

TNA MP Selvam Adaikkalanathan told our news team that the aim of the talks was to build a party opinion on the 13th Amendment.

The 13th Amendment was taken for discussion at the SLFP parliamentarian group meeting held at Temple Trees yesterday.

Minister Reginald Coorey described our news team about the outcome of the yesterday’s meeting chaired by the President.