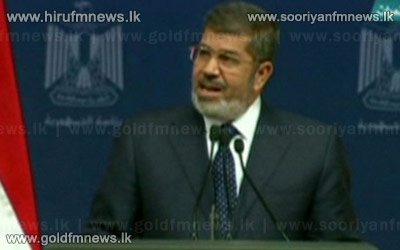 Egyptian President Mohammed Morsi has warned that continuing unrest is "threatening to paralyse the country".

In a speech marking his first year in office, Morsi acknowledged making some "mistakes" and offered opponents a say in amending the new constitution.

But the president also threatened those he saw as conspiring against him and trying to "sabotage" democracy.

Troops have been deployed in cities across the country ahead of planned weekend protests demanding his removal.