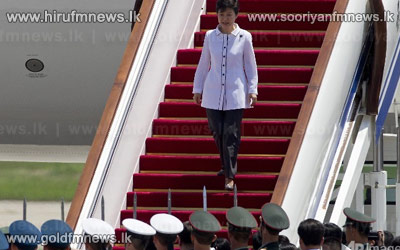 Park, who arrived earlier in the day, was welcomed by Xi at Beijing's ornate Great Hall of the People in a colourful ceremony with military honours and a 21-gun salute.

A band played the two countries' national anthems and the leaders later entered the hall for talks.

Park has said that her priority will be to "harden" China-South Korea cooperation on pressing for denuclearisation of the North.