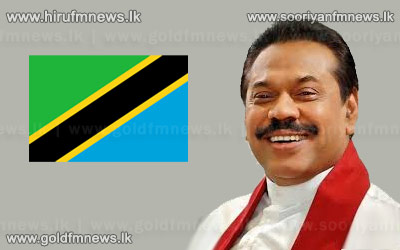 President Rajapaksa is the first to make an official visit to Tanzania in the capacity of a Sri Lankan President.

President Media Unit stated that bilateral discussions including economic, trade and tourism will be held between President Rajapaksa and Tanzanian authorities during the next few days.