19th amendment to parliament next week 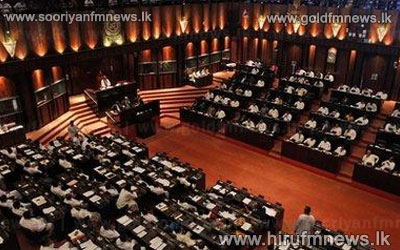 Mass Media and Information Minister Keheliya Rambukwella says that the 19th amendment to the constitution will be presented in parliament next week.

The Minister pointed out that procedures connected with it were taking place these days.

The Minister said so while participating at a function held in Kandy yesterday.

Meanwhile Irrigation and Water Management Minister Nimal Siripala de Silva said that any proposal for resolving the national problem can be submitted to the Select Committee.

The Minister said that however the final decision would be taken with the approval of the majority of the Select Committee.

The Minister said so while participating at a function held in Kundasale in Kandy.

The Sri Lanka Muslim Congress will hold a special meeting in Colombo this afternoon.

SLMC National Organizer Shafeek Raajaabdeen told our news team that lengthy discussion was held on not  appointing  a party representative to the Select Committee for solving the national problem.