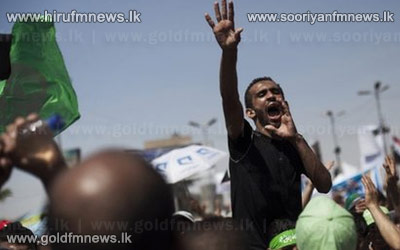 Egypt is bracing for rival mass demonstrations, amid tight security in the increasingly polarised nation.

President Mohammed Morsi's supporters are to hold "open-ended' rallies - two days ahead of the opposition protests calling for the president to resign.

Meanwhile, one person died and a number of others were injured in clashes in northern Egypt yesterday.

Morsi in a speech marking his first year in office earlier said the unrest was "threatening to paralyse" Egypt.