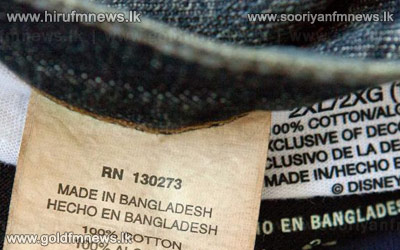 This decision comes after a year-long review of labour practices and workplace safety in Bangladesh.

The foreign ministry in Dhaka described the move as harsh, saying the government had taken clear measures to improve safety at clothing factories.

In April, 1,127 died when when a factory building collapsed near Dhaka.