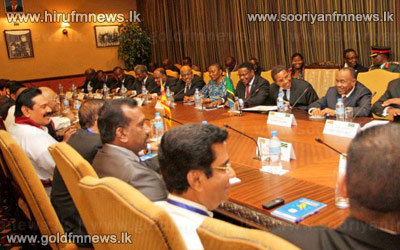 Sri Lanka and Tanzania signed 3 agreements on the sideline of President Mahinda Rajapaksa’s tour of Tanzania.

President Spokesman and International Media Unit stated that among the agreement were the release of visa, the cooperation between intelligence and defence sectors and the exchange of cultural affairs.

During the bilateral discussions held yesterday, Tanzanian President Mrisho Jakaya Kikwete said that his country needs to study the experience of Sri Lanka.

President Mahinda Rajapaksa said during the discussion that it is high time that two countries strengthened the bilateral ties.