Time Magazine which lashed out at Buddhist activists confiscated at customs 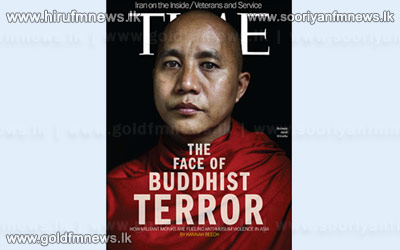 The Customs have barred the entry of the July edition of the Time magazine since the magazine cover is titled as “the face of Buddhist terrorism”, depicting a monk of Burma.

A consignment of magazines was accordingly seized by the Airport customs.

Media Spokesperson of the Customs, Lesley Gamini speaking to our news team stated that the magazines were inspected by them.

The Time magazine’s article had also referred to the Bodu Bala Sena organization as a hard-line movement.

We inquired regarding this from the Secretary of the BBS Galagoda-aththe Gnanasaara Thera.