Discussion is with racism; JVP 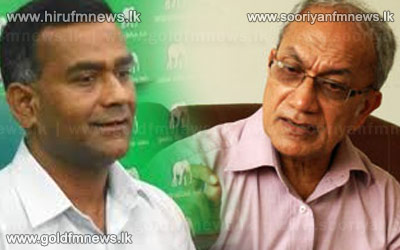 United National Party General Secretary Tissa Attanayake stated that one should not have any fear towards provincial councils.

He expressed these views at an event that was held in Kandy yesterday.

However the JVP stated that they have focussed their attention towards the promises the government has not fulfilled on behalf of the Tamil people rather than speaking on the 13th amendment.

Leader of the JVP Somawansha Amarasinghe expressed these views.

Meanwhile, Minister of Ports Rohitha Abeygunawardana participating at an event that was held in Kalutara echoed the following sentiments.