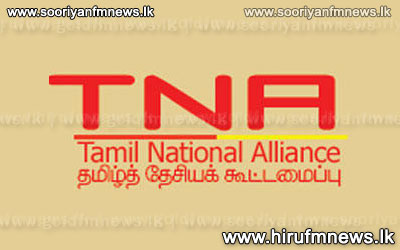 The Tamil National Alliance stated that they will not participate in the parliamentary select committee appointed to look in to the national issue.

This was following a meeting that was held among constituent parties of the TNA yesterday.

Speaking after the meeting leader of the TNA Parliamentarian R Sambanthan expressed these views.

He also stated that discussions were held regarding the Chief Ministerial candidate from the TNA for the forthcoming northern provincial council election.

However, Minister Keheliya Rambukwella stated that if relevant parties do not come forward to discuss the matter at a suitable forum as the PSC, the government will have to enact a solution that is suitable in its opinion.