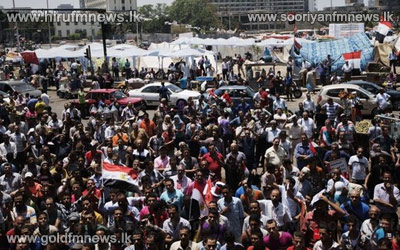 Crowds are gathering in Cairo's Tahrir Square ahead of a mass rally to demand the resignation of Egypt's Islamist President Mohammed Morsi.

Thousands of people could be seen overnight milling in the square, focus of the protests which brought down his predecessor, Hosni Mubarak.

Sunday is the first anniversary of Morsi's inauguration as president.

Tensions have been high ahead of the rally. At least three people, including a US citizen, died in unrest on Friday.

Washington has warned Americans not to travel to Egypt.