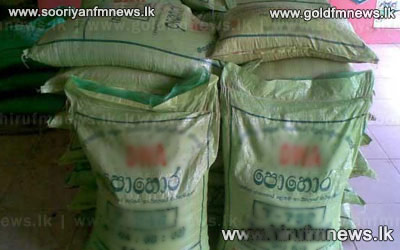 Fertilizer offered to farmers under a subsidized mechanism has been truncated by 25%.

Accordingly chemical fertilizer offered by the government under the subsidy scheme would be curtailed by a volume of 100,000 tonnes.

Owing to this the government is believed to save around 7 billion rupees per annum.

The government incurs a cost of 26.2 billion rupees per year in order to meet the fertilizer subsidy requirements of farmers.

However according to the Ministry of Agriculture, the volume of fertilizer utilized has exceeded the volume of cultivated paddy land in island.

Hence the ministry plans on directing farmers to resort organic fertilizer instead.

Several of the farmers engaged in the recent protest which was held at Mahiyangana expressed the following views to our news team.