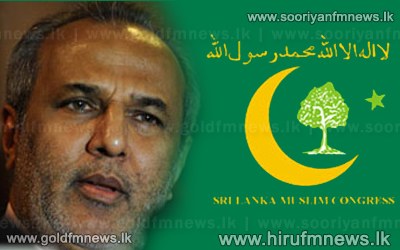 It is reported that an internal dispute has arisen within the Sri Lankan Muslim Congress which is a constituent party of the current government.

Addressing a function held in Kandy today Leader of the SLMC Rauff Hakeem noted that certain individuals who attempted to destabilize the government were present within the SLMC.

While asserting vigilance over such saboteurs Minister Rauff Hakeem stated that he had no intention of withdrawing from the government.