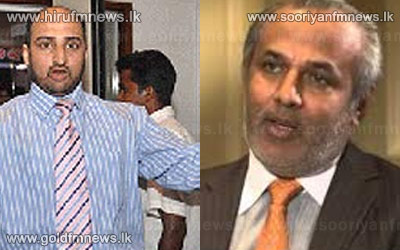 Various views are being expressed in the political arena with regards to the future of the Parliamentary Select Committee concurrent to the Tamil National Alliance’s decision to abstain from its proceedings.

During a media briefing convened by the National Freedom Front in Colombo today the parties Media Spokesperson Mohammed Mussammil stated that certain parties condoned the actions of the PSC indirectly by abstaining from its proceedings.

However during a media briefing which was held in Kandy today, Leader of the Sri Lanka Muslim Congress asserted that the PSC should be dumped into the garbage bin.

Meanwhile UNP MP Joseph Michael Perera during a media briefing convened by his party in Colombo commented on the TNA’s decision to boycott the PSC & the impact caused by it.

Meanwhile the JHU states that obtaining a two thirds majority in parliament to abolish the 13th amendment to the constitution is not a challenge.

Parliamentary group leader of the JHU Venerable Athuraliye Rathana Thero speaking in this regard at a gathering in Mathara today added that even certain UNP MP’s were prepared to corporate in this regard.