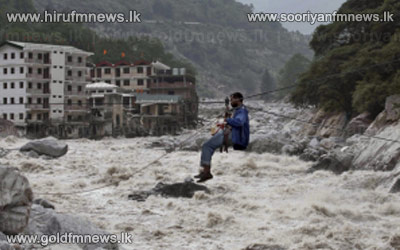 Some 3,000 tourists and pilgrims remain missing in India's flood-ravaged north two weeks after the tragedy, but it is unclear how many of those have been killed.

About 1,000 people are confirmed dead after flash floods and landslides caused by torrential monsoon rains hit the Himalayan state of Uttarakhand on June 15th.

Thousands of soldiers, backed by military helicopters, have joined rescue efforts after evacuating more than 100 thousand people stranded in the state, which was packed with tourists on pilgrimages to remote Hindu temples and shrines.