Experts views on the 13th amendment. 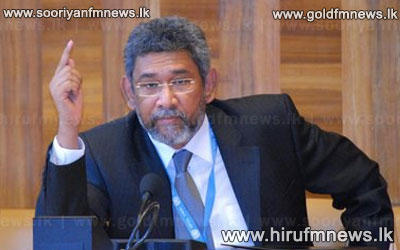 Political analysts say that a problematic situation about the constitution of the Parliamentary Select Committee for solving the national problem has cropped up as a result of certain political parties not participating in it.

A former Diplomat Dr. Dayaan Jayatilleke points out that a problem has been created as to whether this PSC will be a suitable site for discussing about the 13th amendment.

However the Government will name a 19-member PSC for solving the national problem.

However the TNA decided at a discussion held day-before-yesterday not to participate in the PSC.

The JVP too had earlier said that it would not participate in it.

SLMC Leader Minister Rauff Hakeem said yesterday that this PSC should be dumped into the dust bin.

However the main opposition party, the UNP, has laid down several conditions to the Government for participating in the PSC.

Our news team inquired from legal expert, attorney-at-law Gomin Dayasiri about the future of the PSC in this context.