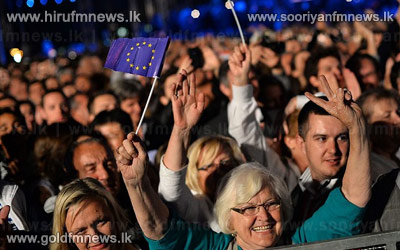 Tens of thousands of Croatians cheered the country's entry into the European Union at midnight Sunday as fireworks lit up the skies above Zagreb.

It was a historic moment for the former Yugoslav republic, coming nearly two decades after it emerged from a bloody independence war in the 1990s.

Some 20 thousand people gathered at Zagreb main square, joining more than 100 European dignitaries to mark the event on the stroke of midnight when Croatia officially became the bloc's 28th member.