A red light to government from Minister Wasu. 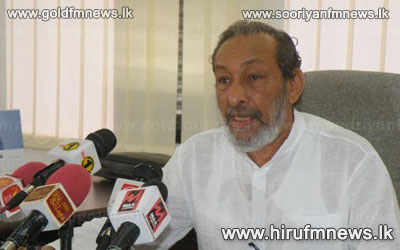 Addressing a media briefing held in Colombo today, Minister Wasudeva Nanayakkara said that he would not stay in the government if it cancels the Provincial Council System.

Expressing his views to the media, the minister further said that the government has no idea to dilute the powers of the 13th Amendment.