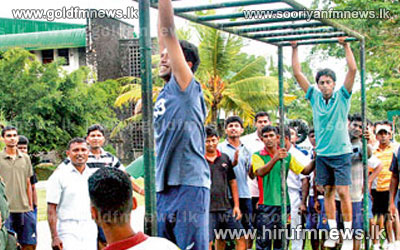 Lanka Teachers Union stated that the military training given to school principals should be stopped with immediate effect.

The media briefing was convened with regard to the death of a principal who died of a heart attack during military training at the National Cadet Training School in Rantambe yesterday.

Meanwhile the Federation of Inter University Students Unions held a press conference with this regard in Colombo today.

The Convener of the Federation Sanjeeva Bandara said that the public should rise against the leadership training given to the principals as well as university students.