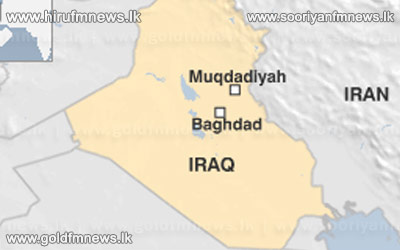 At least 22 people have died in a suicide bomb attack targeting a Shia mosque in the Iraqi town of Muq-da-di-yah last evening.

The attack came on the same day the UN mission in Iraq released figures indicating that over 2,500 Iraqis have died in violent attacks since April.

Muq-da-di-yah is located 80km north-east of the capital, Baghdad.

It is the latest in a series of deadly sectarian attacks to strike Iraq's Diyala province.

Iraq has been suffering its worst sectarian violence in several years with May the bloodiest month since June 2008, according to recent figures.