US Ambassador in Sri lanka queried 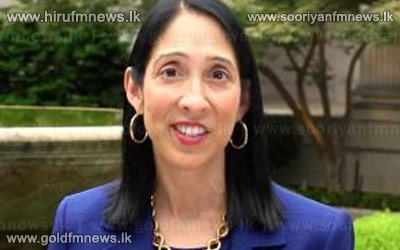 A special discussion between US ambassador in Sri Lanka Michelle Sisson and Foreign Affairs Ministry authorities will take place today.

The latest travel information for US citizens visiting Sri Lanka stated that while most violent crime and sexual assaults occur within local communities, reports of such actions directed at foreigners have been increasing in recent months.

It also states that the Sri Lankan justice system can be at times slower than that in the United States.

The US State Department had quoted the case regarding the British National murdered in Sri Lanka as an example.

Foreign Affairs Ministry Secretary Karunaatilaka Amunugama told our news team that lengthy discussions will be held about this.

The Secretary said that at this discussion the US Ambassador in Sri Lanka would be requested to withdraw the advisory.