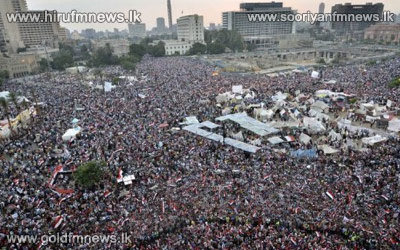 Egyptian President Mohammed Morsi has rejected the army's 48-hour ultimatum to resolve the country's deadly crisis, saying it will only sow confusion.

President Morsi insists he will continue with his own plans for national reconciliation.

However, it denies that the ultimatum amounts to a coup.