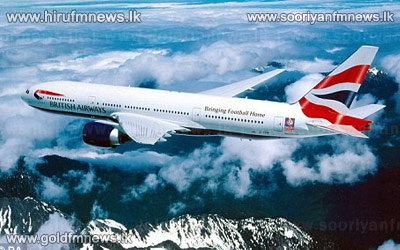 A drunken Sri Lankan A team cricketer caused panic on a packed British Airways passenger flight when he tried to open the cabin door at 35 thousand feet.

In his stupor he tugged away for up to two minutes at the exterior door before telling BA cabin crew on board the packed Boeing 777 that he had mistaken it for the toilet.

The incident alarmed eye-witnesses among the 229 passengers on board flight BA 2158 as the Sri Lankan cricket team flew back high over the Atlantic ocean from St Lucia to London Gatwick after playing against the West Indies in the Tri Nations Tour.

BA stressed that it is impossible to open the pressurised door in mid-flight and that at no point was the safety of passengers compromised.

Security was informed on the ground but police were not called or involved.

After leaving the BA flight at Gatwick, the player and his team mates subsequently boarded another plane belonging to another airline taking them to Sri Lanka.