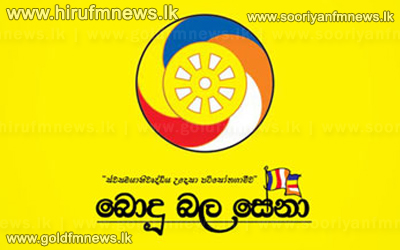 The Bodhu Bala Sena Organization denouncing Indian intervention on the 13th amendment to the constitution handed over an epistle to the Indian High Commission in Colombo today.

According to our correspondent around 1000 monks had converged at the Indian High Commission in Colombo.

Moreover the protest had caused considerable traffic congestion adjacent to the Colpitty roundabout.

Meanwhile General Secretary of the BBS Venerable Galagoda-aththe Gnanasara Thero said the epistle had been handed over to a senior official at the Indian High Commission in Colombo.

In the interim during a media briefing convened by the Democratic National Alliance, party leader Sarath Fonseka expressed the following views with regard to the 13th amendment to the constitution.

The alterations which were unanimously passed at the Central Provincial Council include the prevention of margining of two or more provincial councils and the implementation of decisions based on a majority of provincial councils instead of a singular institution.

Speaking further in this regard UNP Central Provincial Council Sanjeewa Kavirathna expressed these views to the media during a media briefing which was convened in Colombo this afternoon.