A challenge to the left from the JHU. 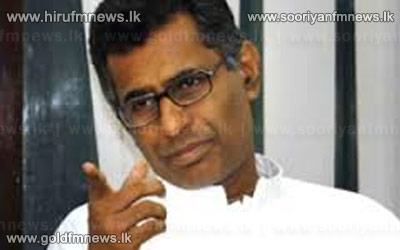 Views are expressed these days about the 13th amendment.

Special attention is drawn on this at political platforms as well as social forums.

The UNP had convened a media briefing in Colombo yesterday.

Provincial Councillor and Lanka National Estate Employees’ Union secretary K. Velaayudan said that India should reveal its stand with regard to the 13th amendment.

Provincial Councillor K. Velaayudan said further that it was their duty.

Participating at a meeting the JVP had organized in Anuradhapura yesterday MP Vijitha Herath said that the 13th amendment was a harmful charm.

Meanwhile Higher Education Minister S. B. Dissanayake participating at a media briefing convened yesterday expressed his views about the amendment to the constitution as follows:

Meanwhile the JHU also represented itself at the said conference.