40 people killed in a wave of bomb attacks across Iraq 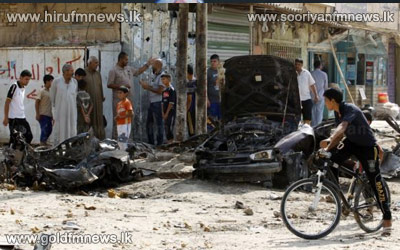 At least 40 people have been killed in a wave of bomb attacks across Iraq - most of them in the capital Baghdad.

Busy Shia market areas in the capital were the main targets. In the most serious attack, 9 people died when two car bombs went off in the northern Shaab district.

Iraq is suffering its worst sectarian violence since 2008.

The UN released figures on Monday indicating that over 2,500 Iraqis have died in violent attacks since April.