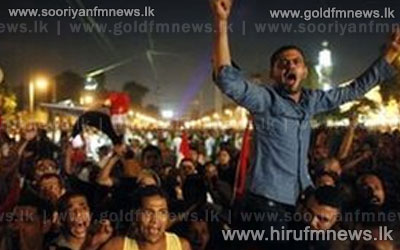 In a late-night TV address, Morsi rejected an army ultimatum that the crisis be resolved by today.

Morsi said he would not be dictated to and urged protesters to remain peaceful.

However, at least 16 people died at one pro-Morsi rally.

The army earlier leaked details of a draft "roadmap" for Egypt's future.