A complaint against Minister Wimal 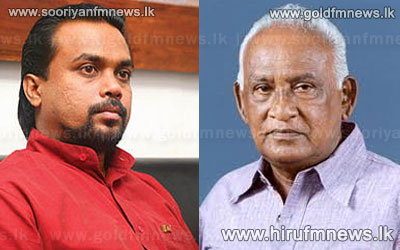 Mayor of Kaduwela Urban Council G.H. Buddhadasa handed over a petition to the Commissioner of Elections today.

After handing over the petition to the Election Commissioner, the Kaduwela Mayor told the media that he would make 2 other complaints in this regard, one to the Bribery Commission and the other to the Ministry of Public Administration and Home Affairs.