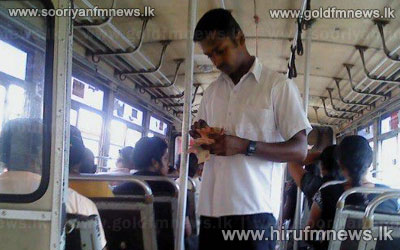 The Lanka Private Bus Owners Association states that it will engage in an islandwide strike next week if the scheduled bus revisions do not come into effect this week.

Addressing a media briefing held in Colombo this afternoon Chairman of the LPBOA Gamunu Wijerathna added that that the Minister of Private Transport had recently agreed to a 10% hike in bus fares.

However according to Wijerathna officials of the National Transportation Commission are engaged in a conspiracy delaying the bus fare revision process.

When inquired Chairman of the National Transportation Commission noted that the NTC would not be manipulated by bus owners.

However he noted that the new bus fare revisions would be made public shortly while the relevant circulars have already been issued to the Ministry of Private Transport.