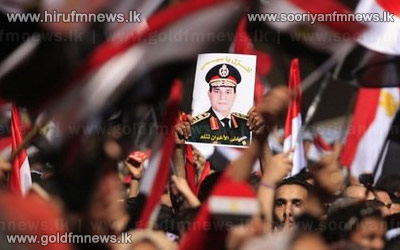 The head of Egypt's army has given a TV address, announcing that President Mohammed Morsi is no longer in office.

He said Morsi had "failed to meet the demands of the Egyptian people".

Morsi and at least two leaders of his Muslim Brotherhood's political wing are being held in detention.

However, US President Barack Obama said he was "deeply concerned" by the latest turn of events and called for a swift return to civilian rule.