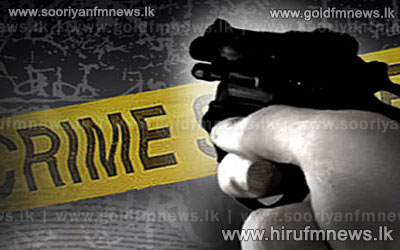 Powerful underworld leader Mohammed Mamazmi of Maligawatta, who was evading the police in connection to numerous crimes including murder was shot and killed by the police.

The police had received a tip stating that he was staying in the Maligawatta region last night and accordingly the Police Special Task Force and the Police had initiated a special joint operation in Maligawatta which subsequently lead to his arrest.

It is reported that at the time of his arrest, he was in possession of an automatic weapon which was manufactured overseas.

During further questioning the police had uncovered information regarding several other weapons caches.

Police media spokesperson SP Buddhika Siriwardena stated that, while being transported to an alleged weapons cache Mohammed Mamazmi had attempted to strangle the police officer who was driving the vehicle using his hand cuffs and in response another police officer had fatally shot the suspect.

The police officer who suffered wounds to his neck as a result of being strangled by the suspect has been admitted to hospital.

Speaking further the police media spokesperson stated that information regarding a number of murders, kidnappings and other crimes perpetrated by the suspect is currently being revealed.