The weather report by the 3 member panel to the President 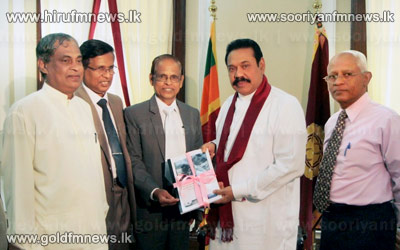 The report of the 3 person panel appointed to investigate the inclement weather that affected the country was presented to the president today.

The committee which comprised of former director general of the Met department A. W. Mohottala, Former High Court judges C. Rajapkase and A. Dissanayaka had handed over the report to the president.

The report states that testimonies were recorded from 30 individuals and firms.

In addition testimonies were recorded from the district officers of the centre for disaster management prior to the report being compiled.

Our news team inquired from the minister of disaster management Mahinda Amaraweera regarding this.

In response the minister stated that he did not have any knowledge of the recommendations included in the report.