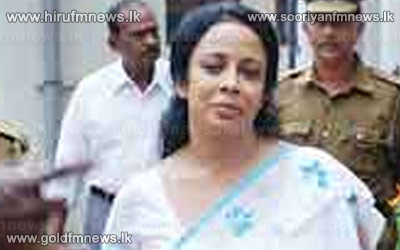 She was accused for intimidation and threatening the witnesses of the businessman Mohamad Siyam murder case.

Colombo Additional Magistrate A.M. Sahabdeen ordered Shyamalee Gunawardana Perera to appear before Court on July 9 when the case was taken on the 25th of June.

However her lawyer Ajith Pathirana obtained a motion today to produce his client before the Court today citing that she is unable to appear in Court on the 9th of July.

Former DIG Vass Gunawardana is in remand in connection with the kidnapping and murdering of businessman Mohamad Siyam.