UNP discusses with the US regarding 13th amendment 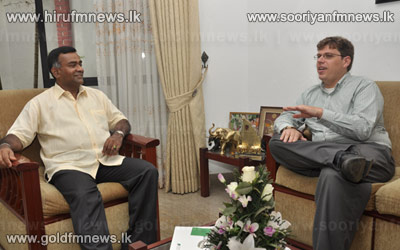 A discussion took place between the UNP and the US Embassy regarding the 13th amendment and the current political situation in the country.

Reports stated that during the discussion between the General Secretary of the UNP Parliamentarian Thissa Attanayaka and the Head of the Political Division of the US Embassy Michael Honistein, the 13th amendment was discussed in depth.

In addition, MP Attanayaka has also handed over a copy of the new draft constitution compiled by the UNP to the American representative.