Bolivia 'could close' US embassy after plane incident 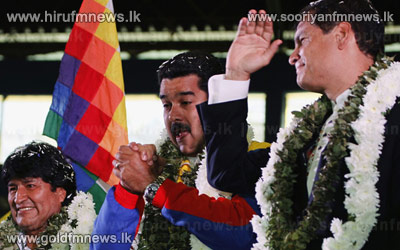 President Evo Morales has threatened to close the US embassy in Bolivia after his official plane was banned from European airspace.

The warning came as South America's leftist leaders offered him support at a special summit yesterday.

His plane was forced to land in Austria on Tuesday after several European nations barred it from flying through their airspace.

There were unfounded suspicions that US fugitive Edward Snowden was on board.