India reiterates not to change the 13th amendment 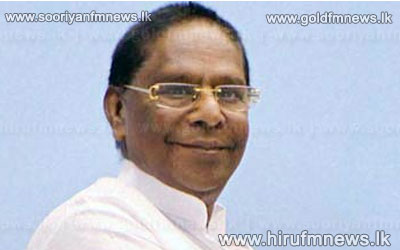 India says the Sri Lankan government must respect the agreement reached between both countries and first discuss any changes bilaterally before going ahead with such changes.

Indian Minister of State V. Narayanasamy said that India however is not putting undue pressure on the Sri Lankan government with regards to the 13th Amendment.

He says India is against diluting the powers in the 13th Amendment to the constitution which came about through the Indo-Lanka accord in 1987.

The Indian Minister also note that as the 13th Amendment was part of a joint agreement, any changes being made should be first discussed between both countries.

Narayanasamy recalled that President Mahinda Rajapaksa had given an assurance to India that the 13th Amendment will be fully implemented.